Home » #mediaonmedia » Q & A: ‘Hostility Toward Media Can Be A Ticking Time Bomb’

Myanmar has become a case study for how disinformation, fake news and hate speech affect online space and content, and therefore, public perceptions and debates. Particularly difficult – at times deadly – are their links to conflict around sensitive issues such as ethnicity and religion in a country in the early stages of a complicated transition to democracy.

This is the case of debates and narratives around the plight of the Rohingya especially after the 2017 military operations that saw more than 700,000 people – or majority of this Muslim minority community living in Rakhine – fleeing to neighboring Bangladesh. 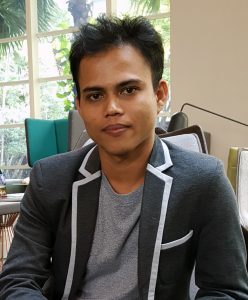 Since Myanmar opened up in 2012, after almost six decades of isolationist military rule, its citizens have rushed in to digital space – and social media, especially Facebook. The Southeast Asian country has 16 million active mobile social users out of a population of 53.6 million people as of January 2018, says Hootsuite, the Canada-based social media management platform.

Moe Myint, 30, a senior reporter with ‘The Irrawaddy’ online news, is no stranger to the hazards of being a professional journalist in tricky digital times, in a society undergoing a painful transition process. For this native of Kyaukphyu in north-western Rakhine state, the tensions there – which have made news not only in Myanmar but around the world – are more than just a story to be covered.

At the end of 2017, Moe Myint found himself part of the story –not just covering it. While on coverage in Rakhine to look into allegations of extrajudicial killings of Rohingya, he and a colleague were detained and held for some hours by angry Arakanese locals. The experience holds lessons about the role of journalism in a society immersed in conflict, as well as safety in the field, he says in this October 2018 interview with Nai Nai  in Bangkok, Thailand.

Q:  Given Myanmar’s society and its news and online environment, what’s your understanding of disinformation?

Moe Myint: Deliberately spreading false information for a certain political purpose or to cause destabilization within a community or to push the self-interest of a particular group like political parties or lobbyist organization is disinformation. In my understanding, disinformation, misinformation and misleading information – all these things fall in the same type of providing toxic threads to low-educated and ordinary citizens. Some say disinformation is part of the ‘psy war’ of political or power actors (who) exploit it for propaganda.  There is a quote ‘Repeat a lie often enough and it becomes the truth’.  You can sometimes see pro-military groups’ propaganda passages in Facebook that say a ‘military coup’ was necessary after the ‘88 (pro-democracy) uprising.

If a community is being brainwashed about journalists, then working journalists could experience hostility or attacks from that community.’

Q: How important is it for journalists to understand and be conscious of disinformation in the information they access, share or believe online?

Moe Myint: Well, a small mistake could lead to the loss of life of a person. A single misinformation could lead to armed conflict or sectarian violence. As the best example, disinformation spread by the Ma Ba Tha group (an extremist Buddhist nationalist group) communal riots in Meiktila Township (in Mandalay Region) in 2013. During the 2017 northern Rakhine crisis, some international figures like the deputy prime minister of Turkey was embarrassed by wrongly publishing fake photos and false information about the Rohingya. Similarly, the president’s office spokesman, U Zaw Htay, uploaded unverified photos which accused Rohingya of burning their own houses and then fleeing to Bangladeshbased on the Eleven Media Group’s report.

Hate messages that spread between two communities could lead to violence instantly.  During the 2017 northern Rakhine crisis, hate speech went viral on both sides. In the Rakhine community, it was saying that ‘Kalar (a contentious term used to refer to the Rohingya)are coming to execute you and you have to prepare to fight now’. At the same time, to the Muslim community the hate speech was saying that ‘the Rakhine people will eliminate all of you here’.

So the information was wrong, but the government failed to prevent its spread. Instead, security forces fueledeven more the concern of the minority Rakhine community in Maungdaw district about ‘attacks by Muslims’. You know what the result is in Maungdaw today.

Q: Are journalists in Myanmar well-equipped to counter rampant disinformation and misinformation?

Journalists in Myanmar manually check unverified information rather than apply software tools. There is a lack of fact-checking networks. Some neighboring countries – if I am not wrong Indonesia and the Philippines – have fact-checking groups composed of media experts and associations. For example, to oversee fake and misinformation that is a viral problem on social media, the Singapore government has adopted an anti-misinformation law. And in Taiwan, some young people build their own web platforms in order to filter out rumors and misinformation and provide public service.

While neighboring countries are implementing a number of approaches to fight against the disinformation and misinformation problem, Myanmar has only the government’s social media monitoring team and spent about 600 million kyat for that project. But we have no idea what they actually are doing, whether it has already created its own platform and how many technicians are being hired for the project. As of today, we have learned about a number of fake pages and accounts, more than one hundred shady websites on Facebook.

Q: What risks does disinformation pose for journalists, as differentiated from audiences?

Moe Myint: I would like to say two aspects in terms of potential risk to journalists caused by disinformation. The first one is an actor who intentionally inflames a sensitive situation on the ground and the second aspect is spreading fabricated anti-journalist information on social media for a particular purpose. Both of them are big deals for journalists reporting from the field. For example, if a community is being brainwashed about the journalists by some actors, then working journalists could experience hostility or attacks from that community.

Q: What is your view on the quality of journalistic work in general?

Moe Myint: Well, a quality report always provides what we call AIR – accuracy, impartiality and responsibility. To be able to produce comprehensive and accurate information to the audience is generally up to the eagerness and curiosity as well as tireless efforts of a reporter, which includes doing enough homework, fact checking and gathering different voices from relevant sources for each story, no matter if the news is huge or small.

On the other hand, when we talk about quality news and articles by working journalists, we should consider the reality of the media landscape. Most of the media houses in Myanmar have limited human resources and financial dilemma of the publications, including print, broadcast and online news outlets.

Moreover, we should take into consideration the tremendous change of readers’ behavior in  social media platforms. Sometimes, an in-depth article or investigative news could cost at least more than three hundred dollars, but that publication is not paid a single cent for its exclusive report from the readers. So the efforts of news organizations are nothing short of charity to its audiences. The reward for courageous journalists, those who are always generous for the readers, is hostile comment and prosecution by authorities. The best example is those two Reuters journalists who have been sentenced to seven years in jail for exposing a massacre in Rakhine’s  strife-torn Maungdaw (township).

Q: What is it like to do in-depth coverage in Rakhine state?

Moe Myint: Let me recount what I experienced during a trip to northern Rakhine’s Rathaedaung Township last December. In order to investigate a mass killing reportedly committed by local vigilantes and members of the security forces during the month-long clearance operations against the Arakan Rohingya Salvation Army elsewhere in the Rathaedaung rural area, I and my colleague from a Rakhine-based weekly journal travelled on a motorbike through new Mayu mountain route, which recently linked southern Maungdaw and Rathaedaung township. We know well the sensitivity of the issue. We did not even use journalist IDs or wear any press jacket or carry cameras, but the entire village was cautious about us, the strangers.

On the same day, we took a couple of pictures on the phone of a demolished century-old mosque. A few minutes later, nearly one thousand people took over the street and blocked our way. This could have turned into a mob attack if we refused to follow them. Vigilantes were chanting to kill us on the spot. We requested the community leaders to bring us to police custody there, and fortunately we were released after signing a promissory note. Even after we arrived back in Yangon, we felt unsafe as local thugs and authorities knew our addresses. We moved apartments within a few weeks.

The purpose of my trip was to obtain solid evidence with my own eyes, about whether extrajudicial killingshappened or not, as the army was consistently rebutting the serious allegations by human right defenders and the international community regarding the 2017 Rakhine crisis. In my point of view, a killing is not a state secret, and in line with the obligations of journalism, we journalists have the responsibility to feed true news to the public. Otherwise, the public will merely receive the indoctrinated and propaganda perspectives of the state or conservative opinions of politicians. To tackle these obstacles, journalists must be well trained and media houses should focus on quality reports, instead of publishing daily ‘he said, she said’ stories for quantity.

Q: Have protection mechanisms for journalists in the field improved?

Moe Myint: I have attended several safety trainings for journalists, and trainees were advised to bring journalist ID card where reporters go for conflict reporting on the ground and to take name cards, press helmets and vests etc. The trainers’ recommendations are really good and I think this could be very useful in covering protests in urban areas. They do work in confidence-building with sources indeed. But they do not work at all in conflict-torn zones, especially in Maungdaw district (in northern Rakhine) as there are radical groups on both sides.

When I and another journalist were arrested by Arakanese villagers on 23 December 2017, luckily the villagers had no idea about me as I did not bring a press ID and name cards. If they found out that I work for ‘The Irrawaddy’, then probably I could have been executed before being transferred to the police. Nationalists questioned the two of us for one hour and a half; I answered them (our) official company name that is registered with the company registration department. The aggressive mob was not aware of who I really was, but after answering the police’s questions they got my real name and media organization. Some nationalists even demanded that the police not release us, and to bring charges against us. At the same time, my editor from the English edition complained to the Myanmar President’s Office and Press Council, and Ministry of Information about our detention. A few hours later, we were released.

Q: From your local experience, what works in the Myanmar local context?

Moe Myint: Journalism training schools or institutions or individual safety trainers should conduct safety training based on real situations as well as practical solutions on the ground, rather than repeatedly lecturing on the dos and don’ts from journalism handbooks. The safety of journalist also depends on local authorities, politicians and local media.

Many low educated people from Rakhine are victims of the political battlefield, as some prominent politicians exploit anti-Muslim sentiment for their political interest, and then people assume that journalists always create a Muslim victimhood narrative. Such negative impressions towards journalists seem to be a ticking time bomb. So, in my perspective, politicians and authorities should halt character assassination on the messengers. Otherwise, material or technical support for the journalists could be in vain.