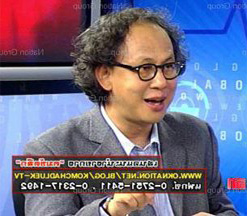 BANGKOK, Apr 15 (Reporting ASEAN) – The Lao People’s Democratic Republic is chairing ASEAN this year, the second time it is doing so since it joined the regional association in 1997. However, the current leadership is completely different from 2004, when this land-locked country hosted just 400-plus meetings and a few summits on the sidelines.

Today, as the ASEAN Community enters its fourth month, Laos is presiding over a burgeoning organisation with 630 million people as constituents – and one that is now a single entity with unlimited potential. ASEAN as a single unit would make up Asia’s the third largest economy. In addition, the current ASEAN chair has to host no less than 800 meetings – an already reduced number thanks to the streamlining of meetings – that run the whole gamut of ASEAN affairs and dialogue partners.

Beyond these immediate aims, Laos has a special task to handle in three important special summits with the United States, Russia and China. At the Sunnylands summit hosted by US President Barack Obama in February, Laos did well in pushing for an all-encompassing declaration with ASEAN-centred principles. The document will serve as a new foundation for strengthening ASEAN-US cooperation in the years and decades to come.

In May 19-20 special summit in Sochi, Russia, which marks the 20th anniversary of ASEAN-Russia relations, Laos will again lead the ASEAN colleagues in holding discussions with President Vladimir Putin, who has personally assured that he would attend this summit.

This is significant, because Putin has missed the past special two summits with ASEAN. Russia, along with the US, joined the East Asia Summit (EAS) – the leaders-only premier security forum – in 2010. But since then, Putin has failed to attend any EAS meeting, while Obama has attended two out of three. During the Cold War, Laos had good ties with the former Soviet Union, and that affinity continues until today.

Finally, both ASEAN and China are planning a commemorative summit to celebrate their 25th anniversary of diplomatic relations this year. The summit will be held back-to-back with the ASEAN Summit in early September in Vientiane, instead of in Beijing as originally planned. 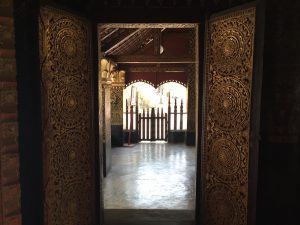 Its history has taught tiny Laos how to walk the path among large powers wooing ASEAN. Picture: Johanna Son

In the first quarter of its year as ASEAN chair, Laos has shown that it can be impartial and act independently in handling sensitive issues such as the South China Sea disputes. The chair’s statement, released after the ASEAN Foreign Ministers’ Retreat in Vientiane in February, was good indicator of Laos’ steadfastness as it incorporated all pertinent points mentioned by ASEAN members regarding the maritime disputes.

Of all the three summits this year, the one with China would be the most pivotal and difficult. As the international community watches closely the role played by Laos, the ASEAN chair is mindful of its historic task to maintain a good balance of all major powers in their relations with ASEAN. As a small and landlocked country, Laos has learned, throughout its long history, how to survive among big powers.

With a new Cabinet to be announced over the third week of April, Laos’ leadership by newly elected Prime Minister Thongloun Sisoulith, a veteran former foreign minister, augurs well for ASEAN’s ongoing integrative process with the regional community.

At the National Congress of the Lao People’s Revolutionary Party in January, Laos came out with its 2030 Vision, which calls for a big push for the country to graduate from the list of Least Developed Countries and become an Upper Middle-Income Country by 2020— just five years away. That is a tall order.

But given the country’s ongoing economic reforms and accelerated efforts to move into a fully market-based economy, Lao leaders are confident that through sustainable and green growth strategies, Laos can develop into a niche area within Southeast Asia. The World Bank has already named Laos as a young tiger economy, one that has scored annual growth rates of nearly 10 percent in the last two years.

Finally, the new leaders in Vientiane are enthusiastic about the strengthening of rules-based, good government to ensure greater transparency and accountability. It is remains to be seen how all these new developments, coupled with the ASEAN chairmanship, will play themselves out under the Thoungloun-led administration.

*Kavi Chongkittavorn is a columnist with ‘The Nation’ newspaper, and senior fellow at the Institute of Security and International Studies at Chulalongkorn University in Bangkok, Thailand.